Ah, the elusive travel question: how do you find cheap flights?

I realize that there is a plethora of travel advice attempting to address just this, but seeing as it remains one of your most frequently asked questions I wanted to write about how I find the flights that I do (on a writer’s budget, no less!)

For the first time in recent memory, the availability of inexpensive flights (particularly from the expensive city in which I live!) continues to surprise and delight me! When I think back to what I used to pay for certain routes (i.e. SFO >> London, which I will be flying next week!) I am amazed at how much more manageable it has become to fly, particularly to Asia and Europe.

Even if you aren’t based in a city with a major aviation hub, there are more deals than ever (random as they may be.) What does this mean, exactly? ….We should all be traveling more!
So, how do I search for flights, and when do I book? I use a combination of different travel sites and flight search tools. Often I’ll keep my eyes on a route for a bit before I book, and I use alerts to strike when the iron/prices are hot. I flew to Paris for $220 (one-way) last year, for Pete’s sake!

The following tools are what I use most often:

The Flight Deal :: My most utilized source of flight deals. I love their daily emails.
Airfare Watchdog :: Tracks routes and sends alerts. Great for keeping an eye on multiple routes.
Google Flights :: What I use most to search for flights. You can also set alerts, and I love the calendar feature.
Secret Flying :: Less useful overall but worth watching for occasional exceptionally good deals.
Exit Fares :: If you’re really into staying on top of flight deals (guilty,) here’s another daily email that’s worth subscribing to.
Rome2Rio :: I use this for comparing all transportation options from one place to another (also presents flight price data.)
—
Other available tools I use less frequently, but other travelers swear by:
Momondo
Kayak Explore
Hipmunk
Skyscanner 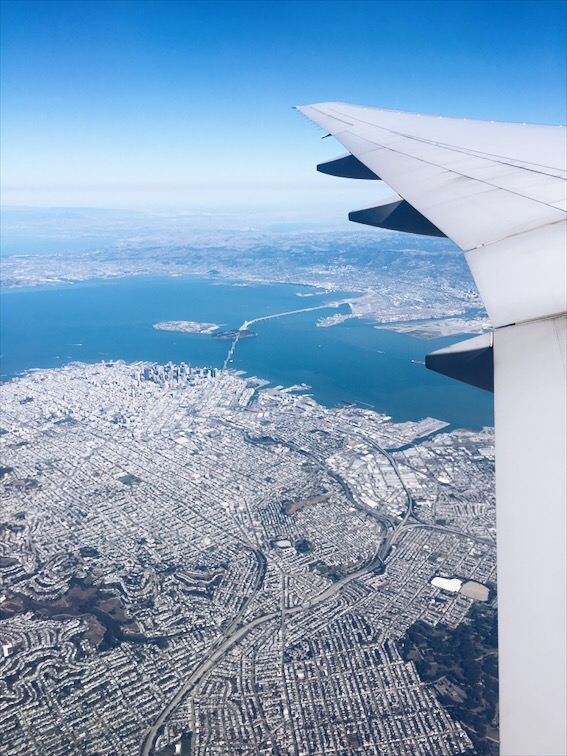 Of course I also use miles (though I’m certainly no expert travel hacker) to book flights for free by consolidating all my expenses on the Chase Sapphire Reserve card. This popular card is a no-brainer for me because I essentially only spend money on food and travel, both of which earn 3x the rewards. Before I used this card, I also used the Capital One Venture card. Although the rewards aren’t as great, I liked it because I could simply charge any travel purchase and then retroactively erase the charge with points earned.

I keep track of my points using Award Wallet — which is great because it alerts me when miles are about to expire — and good ol’ Google spreadsheets. If you’re in the points game at all, you’ll want to read The Points Guy.

Though I’m not personally using them regularly there are a few apps you can use for flight price tracking:

I’ve also learned a lot about cheap flights from Nomadic Matt, specifically the chapter in his book Travel the World in $50 a Day.

A few more of my best tips…

Happy and safe travels, friends! See you in the skies.

Not Como but…Iseo! Looking to return to the lake